Supplements and Medications May Not Mix

Some prescription medications that Americans are taking is directly proportional to the amount of supplements that they also take. However, combining medications with supplements can be detrimental. The effect of taking both at the same time is internal bleeding. Moreover, it can also produce contradictions that can decrease the efficacy of the medication. 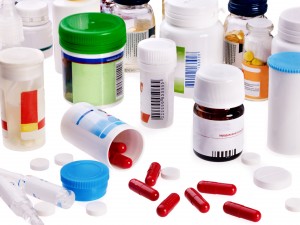 The research also looked into the dangerous combination of medications and supplements. They discovered that intake of omega-3 fish oil and warfarin together could increase the risk of internal bleeding. Some drugs, when combined with other supplements, is shown to enhance the occurrence of the drugs’ side effects. However, according to Andrea Wong, who is the vice president of the scientific and regulatory affairs at the Council for Responsible Nutrition, the concurrent intake of drugs and supplements has potentially little interaction and thus poses a low total overall risk to the general population.

Unfortunately, most patients believe that the products–particularly, supplements–are safe because they are natural, but this is not always the case. In Qato’s study, they noted that more than 25% of ill adults took herbal medicines alongside prescription drugs. Thus, experts urge the consumers to discuss whatever supplements they are taking with their doctor to pinpoint possible drug interactions.

So which supplements are known to have deleterious effects when combined with prescription medicine? Below is a list of the different types of supplements and how they may interact with conventional medication.