Eating fruits and vegetables has been advocated by many health experts as it protects the body from inflammatory diseases like diabetes and Alzheimer’s disease. Much is known about the efficacy of eating such healthy whole foods.  Experts noted that eating black, red, and purple fruits and vegetables can increase the consumption of polyphenols which reduce inflammation in the body. 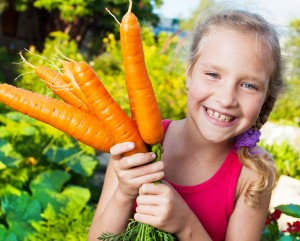 Researchers found out that polyphenols like curcumin, resveratrol, vanillic acid and isorhamnetin can change the inflammatory immune response by lowering the levels of cytokines (pro-inflammatory signaling molecules) from the released T-lymphocytes or killer T-cells. Moreover, researchers found out the interaction between the polyphenols is to control the release of cytokines further.

According to Sian Richardson from the University of Ageing and Chronic Disease, the study is very promising as it suggests that the polyphenols may be used to reduce the release of pro-inflammatory mediators especially among people who are at risk of chronic inflammation.

Baby Boomers and Older Can Benefit from Eating Fruits and Vegetables

The benefits of polyphenols have been widely documented in previous studies. Its consumption can have protective effects against age-related conditions like diabetes and Alzheimer’s disease. However, the challenge is how to understand the efficacy of the polyphenols once inside the body. The body processes the polyphenols and turn them into a catabolite. For example, flavonoids–a type of polyphenol– absorbed in the small intestines, pass to the colon where they are converted into a lower molecular weight catabolite such as phenolic acid by the gut microbiota. Once it is converted into phenolic acid, little is known about its potential anti-inflammatory effects. Most researchers deduce that since the catabolites have lower molecular weight, their effects might be less active when it comes to reducing the release of the cytokines compared to the unaltered polyphenols.

However, one study suggests that even at this state, catabolites are still potent in reducing the pro-inflammatory responses of the body. In the research, they noticed that vanillic acid can still minimize the release of inflammatory cells which led to the conclusion that it is significantly relevant in treating inflammatory diseases like Alzheimer’s disease, diabetes, and cardiovascular disease. Vanillic acid is a catabolite found in acai berries, wheat, and blackcurrant juice.